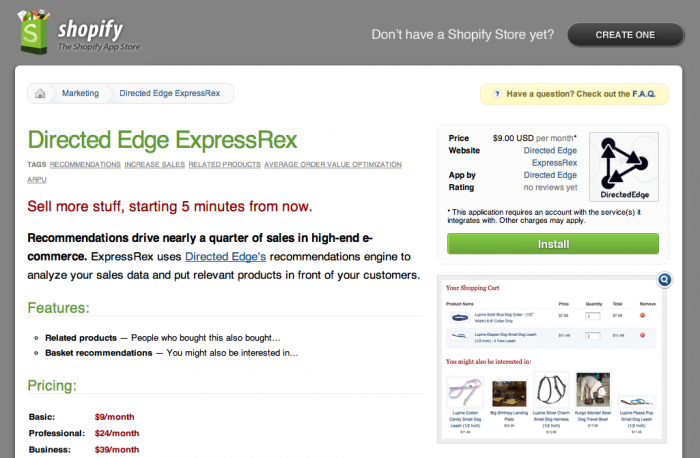 One of the things we’ve had brewing for a bit is our new, shiny, Shopify app. It’s our first time to dip our toes in the world of Stupidly Easy (TM) widget-based stuff. Like, seriously, you click a couple times, agree to give us money, paste two lines of Javascript in your Shopify template, et voilÃ . Recommendations.

Plus, Tobias, who called our recommendations the “killer app” for the Shopify, and his crew of Rubyists at Shopify have been great to work with. Shopify’s been on the way up for a while, now hosts thousands of shops and has seen tens of millions of dollars in sales in the shops they host.

This got picked up in an article in Venture Beat today; we’ll have another post up on that in a bit.